So what if you’ve never been to a social media surgery? You might have a few questions, right? We thought it might be good to answer a few.

So what is a social media surgery?
Social Media Surgeries are just a fun, informal way for people to meet and learn how to use social media for social good.

What is social media?
Social media is a loose term that is applied to a range of tools that use the world wide web to bring people together and communicate – including blogs and social networking sites, such as Twitter and Facebook.

Who should come to social media surgeries?
Our surgeries are for anyone involved in community and voluntary organisations who is looking for new, more effective ways to communicate about the work that they do. Patients don’t need to know about computers. It’s much more important that you are keen to learn and that you have something to say!

Who are social media surgeons?
The surgeons are all terribly nice people who’ve volunteered their time for free to help people. They come from a variety of backgrounds, but they all want other people to be able to make good use of the power that comes from effectively using social media.

What happens when you get to a social media surgery?
Imagine a big coffee morning, except it’s probably in the evening! We pair surgeons with patients after quickly finding out what people would like to learn. You get to sit with a surgeon who can help you with whatever question or issue you’ve got.

What can you expect to get out of a social media surgery?
Well, that’s entirely dependent on what you want to get. Lots of people who come want to set up blogs – simple websites where they can publicise what they are doing. Other people are interested in using Twitter, or other social networking services. Often people come back to learn more and more. Sometimes people who first arrived at surgeries as patients become surgeons themselves.

Is there anything I need to bring?
No. The surgeons have computers, so you don’t need to worry. Of course, if you have a laptop and can carry it easily then please bring it along.

Where can I find out more?
To find out how the surgeries started you can read this post. John Popham, who runs surgeries in Yorkshire, has done a good job of explaining things in this podcast. This site, Podnosh, gives details of new surgeries in Birmingham and elsewhere.

Where are the social media surgeries?

You can mostly fine them here:

This video was a quick one shot at the Social Media Surgery for voluntary groups in Birmingham this evening (should say 2009 – my bad). Despite the leading questions, I hope it gives you a sense of how people from community groups feel about the help they get from volunteer bloggers and social media folk. About 25 “recipients” (real people) plus  the social media surgeons who were in no particular order:

For a more general view please have a look here. Pete shot this and uploaded it there and then to demonstrate embedding. Bless him!

The third social media surgery for voluntary and community groups in Birmingham is next Wednesday, January 28th 2009 at BSVC 138 Digbeth, B5 6DR, (map).  Please feel free to drop in anytime between 5.30pm and 7pm where volunteers from the Birmingham bloggers group will show you how you can make best use of social media. It doesn’t matter if you are the head of communications at a major charity or an active citizen in your neighbourhood, if you’re at all curious come along.

To helps us predict numbers please sign up using the form you will find here:   www.paradisecircus.com/social-media-surgeries/

Tools like blogs, podcasts, video and social networks can give a real boost to campaigning organisations, often for no or little cost. So these experts are offering you approachable one to one help and support because they believe it can help. You may just want to see what is possible and go away and think about it. You might be itching to set up a blog and start using it, either way you can get help appreciating the best use of the internet for your organisation. If you’ve been before please feel free to come back.

This surgery is organised as a collaboration between bloggers in Birmingham and the Third Sector Assembly. 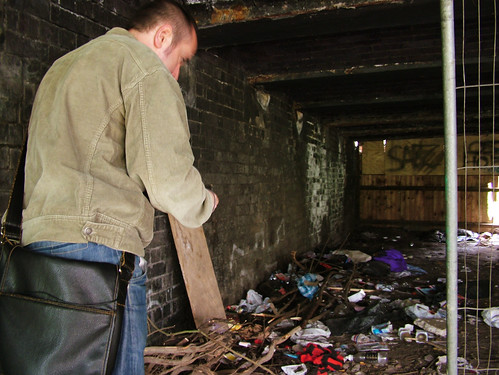