Keith came along to a few of the Social Media Surgery sessions at Blakenhall Healthy Living Centre in Wolverhampton to receive some help with communications for 2 charities he supports. After receiving help from our surgeons he returned a 3rd time to offer support himself.

Here he tells us why: 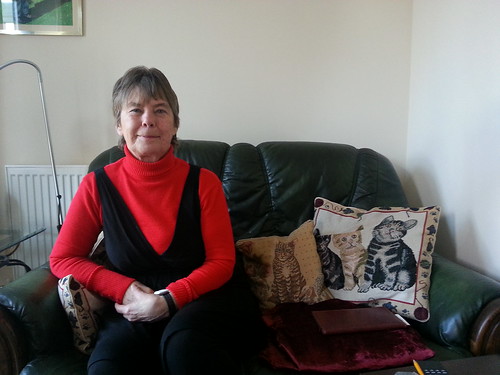 Yesterday a sad thing happened; 2 children went missing. It was presumed at the time that they’d gone of their own volition and they were later found well and safe, but none the less it was an awful thing to happen.

This all happened in Darlaston, 5 miles from my house, in Wednesfield and as such when the press release went out appealing for witnesses we posted it to the WV11 site and Facebook page. We were aware that while the children weren’t strictly from the WV11 area our readership expands beyond our borders, and friends,and friends of friends,  would most definitely cross over into Darlaston and the surrounding areas.

We posted the photo from the appeal along with the copied the police release verbatim,  all we added to the post was two words at the end “please share”

Within an hour 565 people had re-posted the news direct from our facebook page and less than 2 hours later that number had jumped to 1984!

It seems to me 2 things had happened to make the numbers jump like that  – every parent that uses our site could empathise with the  situation these parents were in, no one can imagine, or would want to imagine, what it feels like to find your child missing like that, and going on the old adage that “it takes a village to raise a child” everyone wanted to help raise awareness to bring these children home safely.

The other thing that happened was we were there, we were local and we we part of the community and we appealed to them directly with the “please share”!

Darlaston falls under Walsall Council  but it is fairly close to the border with Wolverhampton. Both Councils picked up the police release and shared to their facebook pages, Walsall’s post was shared 20 times, Wolverhampton’s 136.

The local radio station, Free Radio also picked up on it and shared to their page too, Their story was shared 550 times.

Looking at those figures it seems clear that being community based and very local really had an impact on the way the community interacted with the appeal.

The important thing here of course is that the children were found and returned home safe and well,  but as an observation it is interesting how much being part of a community can make a difference

This morning we were at Blakenhall Community and Haelthy Living Centre in Wolverhampton hosting another social media surgery. Attending were volunteers from Wolverhampton Voluntary Sector Council, workers from the cities Citizens Advice Bureau and Wolverhampton’s Local Involvement Network (LINk).

After the session we spoke to Pav from the LINk to ask her why she’d come along – She said she’d attended to find out more about Social Media, how to use facebook and twitter and connect it to their website.

She left having set up her own twitter account and as you can see in the video she is REALLY excited to get back to work and tell her colleagues about it!