Last year we provided support to councillors at the Billesley Ward ctte for them to experiment with low cost live streaming.  They tried it once as a learning exercise – 15 months later they back with this….

It’s just shows that patience and persistence pays off and something we find all the time: that the skills you help someone develop today can turn into fruitful activity much later. Bravo Cllr Alex Buchanan for taht persistence. 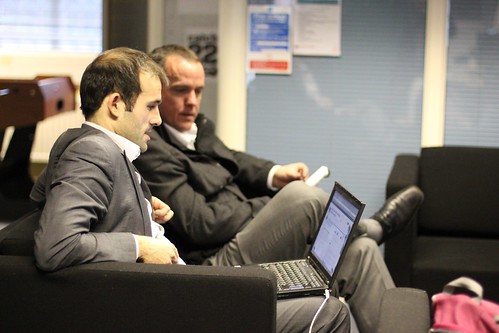 This is the fourth in our series of blogposts on the C&binet conference in London which took place last week. Following on from the first session on the state of newspapers and value of news, the issue of council reporting was raised in discussion.

With the decline of regional news coverage are we in danger of losing reports which hold the local council to account. Someone asked how much council reporting was actually going on anyway – are we seeing local reporting though rose-tinted glasses and not realising how little is done by regional media. Some councils actively try to stamp out probing news coverage by refusing journalists access to certain meetings and councillors.

Councils need to be open to bloggers and hyperlocal reporters and treat them like other news organisations (which is by no means an ideal relationship either) – by being given access to council meetings and documents and councillors themselves. END_OF_DOCUMENT_TOKEN_TO_BE_REPLACED