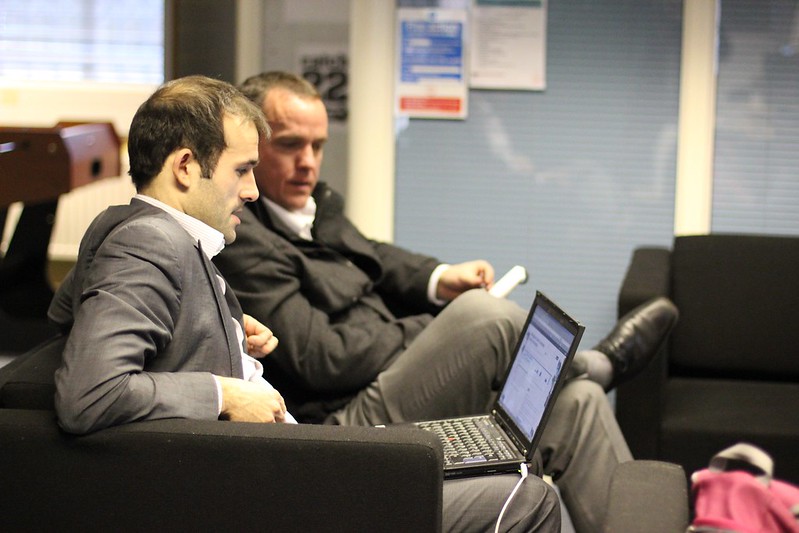 Bit by bit we’ve been doing something strategic in Birmingham.   Every social media surgery that happens in the city helps in a number of ways:

This last one has been the strategic part.

I think that growing the civic conversation online is an important part of building new platforms in neighbourhoods. It helps traditional civic activity work better and new civic models emerge.

This is based on a simple assumption that if more civically minded people are using the web to talk to each other in a community it will be easier for politicians, public servants and other citizens to share ideas, information  and collaborate or campaign.  Of course people can and will use the web to talk about brangelina – but with the surgeries we target those already involved in or wishing to do something consciously civic.

We’ve taken this a step further in the last two or three years. A normal social media surgery is run by volunteers for volunteers – the free help is available to active citizens, local charities and community groups.

With funding from three of  the different quadrants of the Birmingham Community Safety Partnership  and some other initiatives  (thank you) we have run surgeries which involve public servants too. This means that they come to a surgery to get help on why and how to use social media. More than that though they learn alongside local community groups and active citizens. At times they are teaching each other – strengthening understanding and relationships.

We also used the effort to help spread live streaming of meetings, create alternatives to traditional ward cttes and give public services tools to think about the stages of engaging online.

We sent out a survey to people who’ve used the social media surgeries in Birmingham. 35 people replied, about 10 per cent of those involved. They were a mixture of volunteers, third sector workers, public servants and at least one councillor.

A third of people said what they had learned had influence how they think about their work ‘a lot’ – three quarters replied either 4 or 5 to that question.

One comment from a worker in a charity supporting charities said

“If I hadn’t started using social media  to build relationships I doubt I’d still be employed in my organisation, and I doubt my organisation would be doing some of the brilliant work it is doing. It’s enabled both me and my organisation to be pro-active in a rapidly changing and challenging context”

65% of people felt better able to make things happen because they are using social media. This is a core point. Growing the civic conversation is not just about more blither – it’s about more action.

Developing these skills in community groups and active citizens was also seen as a fresh opportunity by at least 77% of those who replied.  They know that the online civic conversation can help them get things done – so helping more people get involved ought to help that more.

More than 85 % felt they has seen the online civic conversation grow since getting involved with the social media surgery.  You would expect that to be the case for most people, simply being exposed to new people and new places where civic things get discussed would have that effect. But it is still encouraging to see that they have a wider civic conversation to take part in.

So Birmingham – you’ve already started a strategic investment in building a critical platform for civic change.   Persistence is paying off. Some more?  And what next? Which other new platforms are worth building?

If you’re not Birmingham, other places understand this and we can help you.  We introduced Dudley CVS to the why and wherefores and they have been running surgeries for years – indeed it was Lorna Prescott who told me that what were doing was platform building (sometimes it takes others to spot the obvious).